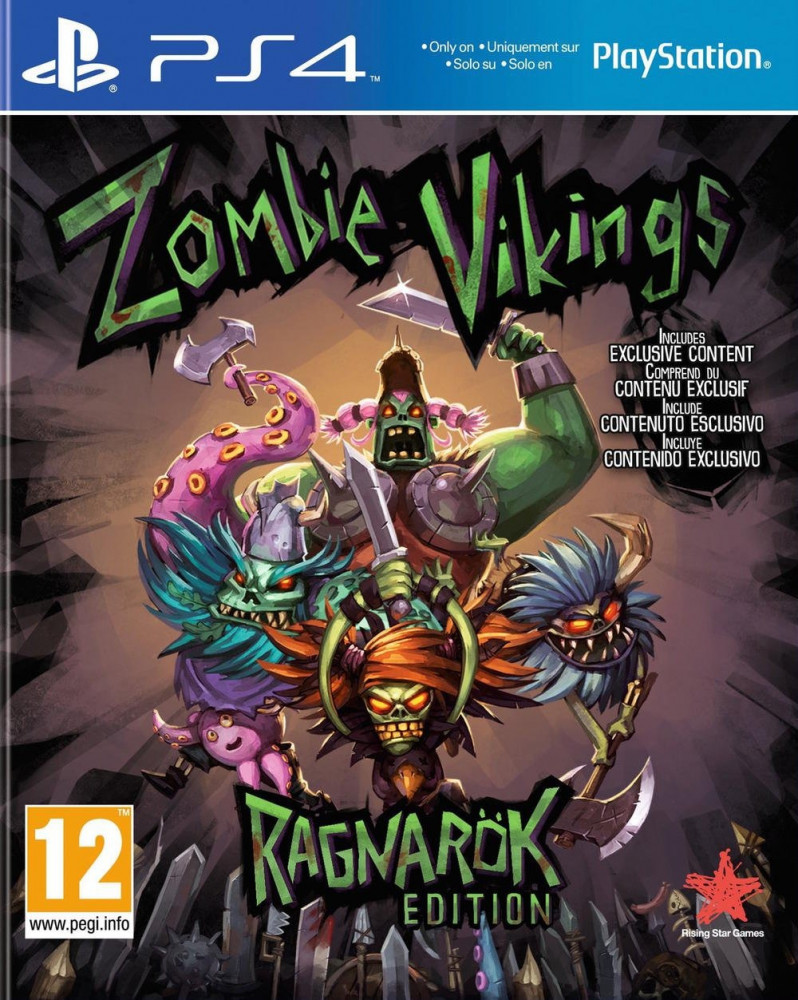 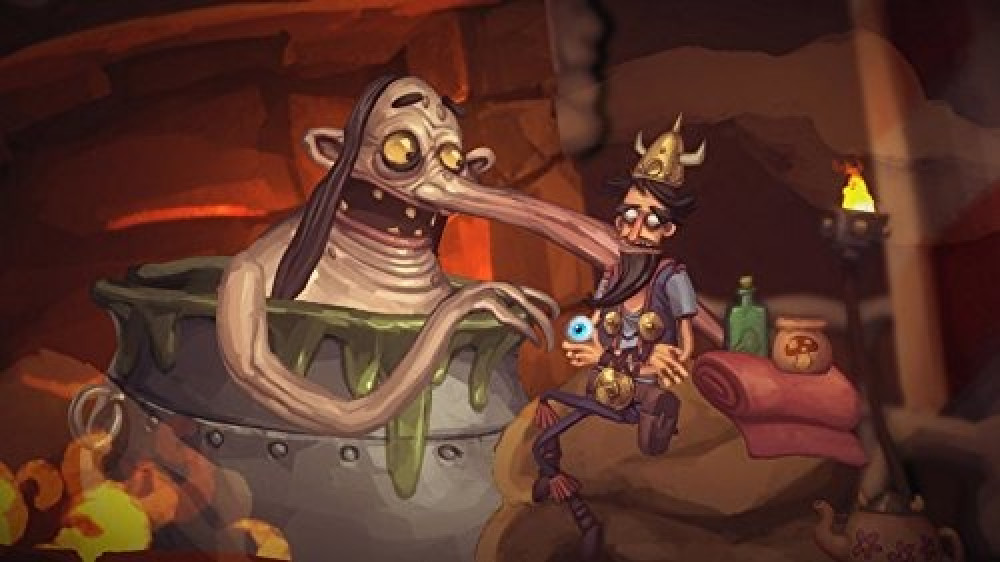 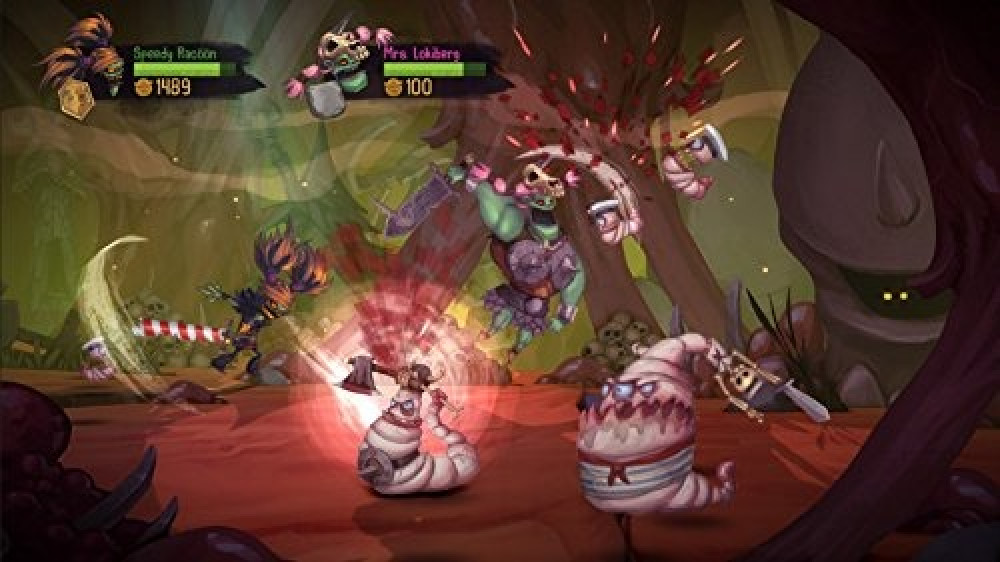 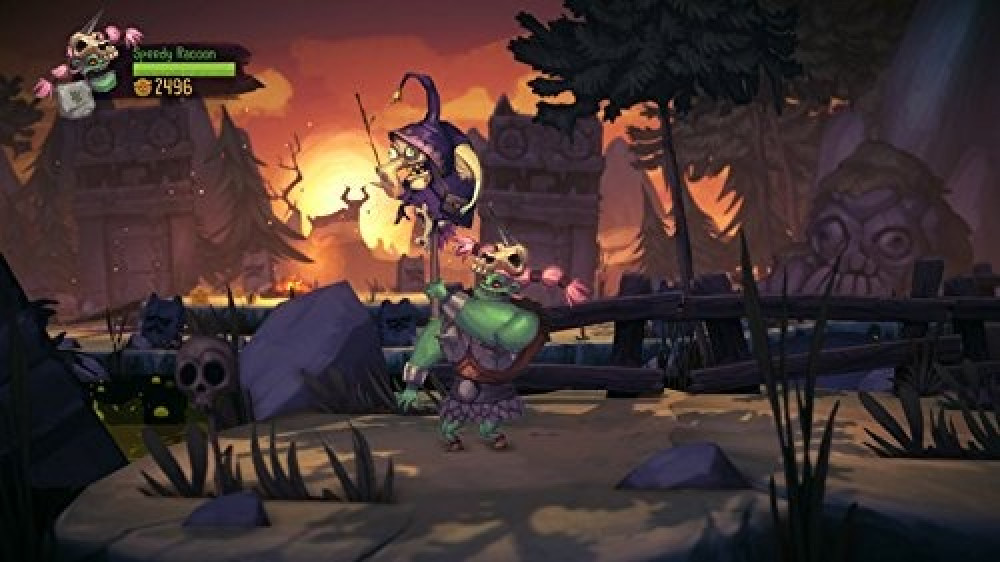 Loki just snatched Odin's last magic eye right out of his eye-socket and hastly gangled off with it. Thor and the gods are too busy partying, so blind as a bat, Odin makes a desperate move. He raises four of the most fearsome Zombie Vikings out of Norse soil - Gunborg, Seagurd, Hedgy and Caw-kaa! A putrid posse sent on a mission through the most epicness of worlds to retrieve The Eye and make peace with their rotten pasts. Hack through the boiling gingerbread swamps of Molgaga, take a cruise through the intestines of the Midgaard Serpent, fight giant troll poultry and find out how Söccer really was invented. From the creators of last years' indie hit Stick It to The Man! comes a new co-op 4 player stab-you-in-the-gut-a-thon with a dead funny adventure written by comedic genius Zach Weinersmith. Additional content confirmed for Zombie Vikings box version: - 2 extra playable characters: Frostbjörn and Raybjörn - 5 Extra Versus Arenas - Making of Video